From Steel Magnolia to Desert Magnolia

Coming from small-town Alabama and growing up as part of a known family taught me a thing or two about being a “Steel Magnolia”. For those of you who aren’t familiar with that phrase, let me fill you in. Steel Magnolias is the 1989 classic film starring Julia Roberts, Sally Field, and Dolly Parton. It follows the story of a group of strong Southern women who come together to support one of their friends with Diabetes, and as time passes and more tragedy ensues, the group grow only closer and stronger.

The film, that was originally based on a play of the same name, has become a classic, and the term, “Steel Magnolia” has become part of our language, used to describe a Southern woman who exemplifies both traditional femininity as well as an uncommon fortitude. Indeed, a rare find in today’s world, as even many Southern women have given up the traditional femininity part of that definition. Now, Steel Magnolias are the last remaining women of the “old South”, the Gone with the Wind genteel South where women were never seen in public without a perfect outfit, perfect hair and classic makeup, yet they are willing to roll up their sleeves and work hard to save the family. They will defend their young and their home as a lioness in the jungle, and still manage to keep their pearls on straight. The men were gallant and strong, protective of their family home and their family name. Steel Magnolias represent the last of their breed, a dying era. Thankfully, they haven’t gone extinct just yet. 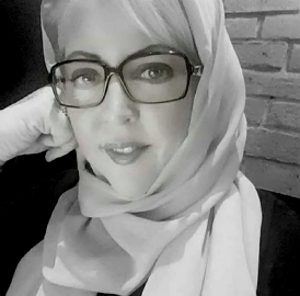 So what happens when you put a Steel Magnolia in the Desert? Desert Magnolia is about a proper Southern lady who falls in love with a man from the United Arab Emirates, builds a good life there, but is called back to her small Southern town in Georgia to help her family solve the mystery of who murdered her father. Her cousin has been accused of the crime, but Daniella (the protagonist) doesn’t believe that he could murder her father in such a horrific way, in cold blood. She returns to small-town Georgia, where it all began, and faces all of the people who exiled her for marrying an Arab and changing her religion, as this was seen as a betrayal in its worst form to them.

I’m quite proud of Desert Magnolia. As an author, I think it’s important to release at least one novel that lays your heart bare, and this is it for me. The book was actually based on a short film script that I wrote some time back, and I’m proud to say that the script, Desert Magnolia, is now an official selection and a finalist at the Twin Falls Film Festival in the USA.

Additionally, I’ve written a play based on the book, and it’s going to get an audio release early in 2019. A stage play shouldn’t be far behind.

The novel has been called a modern day, “To Kill a Mockingbird”, and has been widely acclaimed in the USA, the UK and the UAE. This is the 2nd edition, newly revised and refreshed, so it’s even more enjoyable. I hope everyone loves it as much as I do, and if you do, please leave me a review on whichever online store you’ve purchased it from. The novel is available now in eBook format, from all the most popular online stores, but will soon be available in print as well, so enjoy! And, Y’all come back now, ya hear!