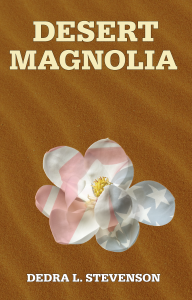 This book is the closest to my heart. It’s a wish, a wish that families can find ways to come together, despite their differences. A woman from the American South, Daniella Suleiman, falls in love with a Middle Easterner and builds a great life in his country, but her life is put on hold when she learns that her father has been brutally murdered and the media is calling it a hate crime.

To make matters worse, her cousin, a young man who grew up as her adopted brother, Leo Pierce, has been accused of the crime. The thought of him being executed tears her apart, but going back home will mean facing the people who discriminated against her when she made the choice to change her religion and move to an area of the world that’s largely misunderstood by many Americans.

The trip takes her on many turns, and she finds herself in a full investigation to find the killer before it’s too late for Leo. There are many surprises along the way, and people come together in a way that’s inspiring and fantastic. This is a timely book, one that the world needs at a time like this when bigotry and hatred rule the day.

Soon to be in its 2nd edition, and recently adapted as an Audio Play and a short film script, this book has a promising future.