An Interview with Richard Dee

My guest today is Science Fiction author Richard Dee, with news of his latest novel.

Hello Richard and welcome, great news about the book! Can you tell us a little about it?

Thank you and hello everyone, my latest book (actually my ninth novel), is called Life and Other Dreams, it’s a bit of a departure for me; after writing about new worlds, alternative history and crimes in the future, I’m telling a story that takes place in two different times and on two planets. The hook, if you like, is that it’s the same man living in both. One is real, one is a dream. Which is which? 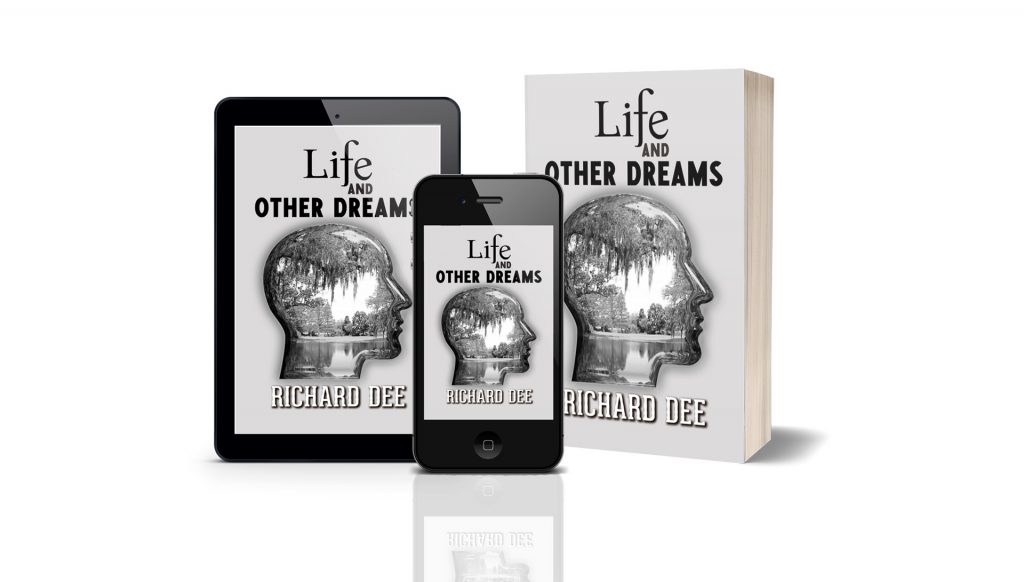 Well, my main character Rick, lives on Earth, now. He thinks that he’s blessed with a vivid imagination. When he dreams, he lives an alternative life in the future, on another planet, where he’s called Dan. He has a different wife in his dreams, which makes him hesitant about discussing them with his wife on Earth.

Right, and what happens in the story?

His life on Ecias, that’s the place in his dreams, is more exciting than his life on Earth, here he works in an office, there he’s an explorer. Together with his future wife Vanessa, they’re surveying the planet for a mining company. As the story progresses, his dreams start to overlap his waking life, there’s a lot of similarity between events in both places and his Earthly wife starts to think that his dreams are just a story, that he’s hiding something else from her. As both his lives intertwine and events spiral out of control, it becomes less clear which life he’s living.

I want the reader to finish the story unsure of which life is real and which one is the dream.

Where did you get the idea for that?

Years ago, I had dreams of a place like my home town, except that there were subtle differences in the geography and population. The thing is, they felt so realistic that, for a moment, you could believe that they had been memories. It all grew from that. I suspect that a lot of people have that sort of experience, when I was researching the science behind some of the plot, I found out so much about what are known as Lucid Dreams and the structure of the brain, the parts that help us tell the difference between real events and our imagination.

So, even though you write about the future, you have to research a lot?

Oh yes, even though you can’t research the future, there has to be a basis in fact. You need to have a starting point, anchored in recognisable truth. Once you have that, you can expand it in any direction you want. The trick is to use and modify the science; to blur the place where the truth ends and the fiction begins. The advances in our understanding of the brain and consciousness are perfect for writing speculative fiction like this.

Is that why you have that cover design?

The cover was designed by a mental health practitioner, I thought it was perfect because it showed that there is more going on in our heads than can be seen from the outside. I have a lot of sympathy with those suffering from what are called unseen illness. I suffer myself, it angers me when such illness isn’t given the same acceptance as a visible problem. I guess that I wanted to show that in the story as well. Everyone assumes Rick is mad, or has some sort of mental health problem, without considering the other possibilities.

Can you share an extract, to give us a flavour of the story?

It’s difficult in a few lines, but here’s the part where Rick, on Earth, is visiting a psychiatrist. He’s trying to explain his dreams of life on Ecias.

“You’ve told me a lot about your dreams,” Doctor Borth said. “Can you tell me how real your life is when you’re in one of them? Do you feel surprised when you wake and find that you’re not there?” I wondered where this was going.

“It’s very real,” I said. “In my dreams, I have a full life. I’ve spent months on Ecias, done so much work. I’m a geological surveyor there, I checked out some of the technical terms I remember using, they all match. I’m not a scientist so I don’t know where they come from. When I’m there, I don’t think of here in the same way.”

He took more interest at that point, leaning forward. “So, when you’re on… Ecias, you use a technical vocabulary that you don’t in this life?”

“That’s right. It’s the same with the Latin names for plants and trees. And there’s more. I know things that can’t be true.”

“I can describe how a spaceship engine works, how we can travel faster than light. It all makes perfect sense to me. If I had the equipment, I could have a good try at making one for you. And I can use a multi-sensor mapping drone, use machinery that doesn’t exist.” I realised that my voice was getting louder; I was getting excited as I told him, remembering more and more as I went on.

“I’ve looked, none of it’s been invented but I use it all the time, I’m familiar with it, how it works and how it’s made. Hell, I can even tell you which planet the things are made on, who invented them. I don’t just use the stuff, if it breaks down in the forest, I can strip and repair it too.”

If that surprised him, he never showed it. His face was blank; the eyes behind the thick lenses gave nothing away. Maybe it was the sort of thing he heard all the time, perhaps his working life was filled with tales of galactic explorers.

“Interesting,” he muttered, almost to himself. “Do you live a day at a time in your dream?”

“If you mean, do I sleep there and wake there in the mornings, yes I do. In some dreams, I live on Ecias for a month or more. Before you ask, when I’m there, I don’t dream of here. Or if I do; I don’t recall it in the same way. When Cath left, I tried to remember and write everything down; I found that the act brought up more and more detail.”

“You mean like writing in a diary would here?” he suggested.

“I’ve never kept a diary, but I guess so. What I mean is that the act of remembering things prompted me to remember more things.” I showed him the thick sheaf of papers, the notes I had started on the day after Cath had left. There were more now, I’d added quite a lot to them, details about my findings online and the things that had happened with Anna had brought them up to date.

“Are they your notes? Can I see them?”

I passed them over, he flipped through the pages. “May I make copies?” he asked. “I can assure you that nobody but me will see them. I haven’t the time in this consultation to read them all.”

“Of course you can,”

“Thank you.” He stood and crossed to his desk. There was a small multi-function printer on it, next to a computer screen. He laid the papers on the tray and clicked a few buttons. There was the noise of the machine warming up. Soon, copies started to appear in the output tray. He had to reload the paper during the operation, I hadn’t realised how my rambling about life on Ecias had grown.

The machine finished. He returned my sheets to me and sat again. “Thank you, I will read them with interest. Now, tell me one specific thing,” he said. “Take a day in your life on Ecias and tell me about it. It doesn’t have to be a special day, any day you like.”

I thought for a moment, then I recounted the last day on Ecias that I had really been happy. I told him about the journey from our place into town, the time when Vanessa and I had ended up having sex by the side of the road. Telling him that, and he never flinched at some of the details, reminded me of the first time we had driven up to the place we would call home, our prefabricated cabin in the clearing. So I started talking about that.

I told him how the cabin had been dropped in by lifter, just as soon as we had cleared the undergrowth. From that, I remembered from the fun that Vanessa and I had doing it. I told him about the animals that we saw from our window, once they had got used to our being there. How we fed the local Sawgrass family muesli from our hands, how their tongues felt against our palms.

“Hold on,” he said. “Do you realise you’ve been talking for more than twenty minutes, you’ve told me more about the day you moved into the cabin, all the things you did, than I can remember about when I moved to my new house. And that was only a month ago. Not only that, it’s all consistent, there’s nothing that you’ve said that doesn’t follow logic, or change with repetition. It leads you to other memories as well, which indicates a consistent timeline.”

Here was the big question. “So, do you believe me?”

Brilliant, and can you finish off with all the links, so we can get hold of a copy, or find out more about you? 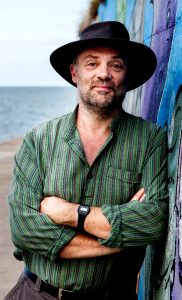 You can purchase Life and Other Dreams from Amazon at https://goo.gl/3s8mQ5

My website is richarddeescifi.co.uk. Head over there to see what I get up to, you’ll find free short stories, regular features on writing, book reviews and guest appearances from other great authors. Click the FREE STUFF tab or the PORTFOLIO tab to get all the details about my work and pick up a free short story.

I’m on Facebook at RichardDeeAuthor and Twitter at Richard Dee Sci-Fi I can also be contacted at richarddeescifi@gmail.com

Thanks for sharing that with us Richard.

My pleasure, I enjoyed it.