Film producer and first-time novelist shares insights about her new book and the power of fiction.

“I am all for letting my characters lead me” 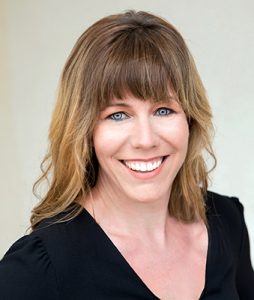 Debutante novelist Daniela Tully is a German, writes in English, is married to an American and lives in Dubai – a typical Dubai story one might say. But her journey so far has been as exciting as the pages of her new novel Hotel On Shadow Lake. Inspired by a letter sent to her grandmother by her twin brother 46 years ago but received only after the falling of the Berlin Wall, the story revolves around 1938 Munich and 2017 upstate New York when her protagonist Maya encounters the mystery behind the strange family communication. Daniela beams as she talks about the international reviews her book has attracted. “Who doesn’t like 5-star ratings,” she smiles. The book has translations in French, Italian, Danish and Serbian and has been published in eleven countries. As a film producer, Daniela is no stranger to the art of storytelling. “I have always been involved in the world of storytelling,” she tells me. The beginning of her filmmaking career can be traced back to Spain and Mexico where she spent her younger years – in her 20s. There she discovered the works of Spanish and Mexican filmmakers such as Pedro Almodóvar, Alejandro González Iñárritu and Alfonso Cuarón Orozco through interviews for her thesis on the New Wave of Mexican Cinema. “It was a very interesting time,” recalls Daniela. Clearly smitten by the Latin American culture, she fed on the staples of Colombian writer Gabriel García Márquez, Spanish novelist Carlos Ruiz Zafón to name a few and learned Spanish. She even let herself to fancy marrying a Spanish man. “But obviously that didn’t happen,” she laughs.

So where did the idea of writing Hotel on Shadow Lake come from? “Since I was developing scripts with other writers for a quite a while, the scope of exclusivity that writing prose offered was compelling,” says Daniela. “At one point, I told my literary agent the story of my grandmother and how a letter was lost and sent to her 46 years later, she advised me to turn it into a novel and wanted to represent me as she thought it was a great premise.”

Her film-making background makes her believe, “I write very visually, very cinematographically. My writings are almost like a fleshed out script in a way…I don’t like long streams of conscience which are traditionally the premise of writing character pieces or character studies.” Her statement rings all the more true to know that she “learned a lot” under Uli Edel, the German filmmaker known for his works such as Houdini, Baader Meinhof Complex, Last Exit to Brooklyn, Body of Evidence and cult classic Christiana F.

With projects such as the critically-acclaimed Fair Game, box-office hits Contagion and The Best Exotic Marigold Hotel, as well as the Oscar-winning The Help under her belt, Daniela spends her time teaching filmmaking at the Middlesex University in Dubai when she’s not writing.

“I am not a non-fiction reader. I find fiction as a great way to get glimpses into cultures whereby you can travel there as much as you want and yet view its mindset objectively. As a child, Daniela immersed herself in reading Pippi Longstocking by Astrid Lindgren, The Never Ending Story by Michael Ende, Erich Kästner and others… little wonder she, “always wanted to become a librarian.” “Obviously, I had a very wrong idea of what a librarian does. I thought I would get to read all the time,” she laughs as she straightens her fringe using the fingers of both her hands.

“In fact, I first wrote when I was 16. It was a little coming of age story but it was horrible,” she says running her eyes through the green ceiling of the Starbucks cafe. Daniela admits that she is a restless spirit. “Sitting in one place is what I struggle with as a writer. I can never write from home. I prefer cafes like Starbucks and Costa. And I do my best writing on planes and trains when moving. My writing flows when I am outside.” So how did she manage to write a novel? “Yes, I am a restless person but the passion for storytelling is stronger than the restless nature.”

When it comes to the writing process, Daniela considers herself as an unstructured writer. “When I start writing, I don’t know how it ends. Well, I have a rough idea but I am all for letting the character develop on the page. For me, the joy of writing is when I can discover the next outcome along with my characters by making them behave more naturally.” Her characters diving into the past to find out the truth about her present is what intrigues Daniela.

The Book of Journals in New York has critiqued her writing of Hotel On Shadow Lake as reminiscent of Bram Stoker’s Dracula in that a lot of different mediums were used to tell the story. “I have a historical journal, a letter, a fairytale to bring the story across. It’s something that I want to stick to.” In the literary circles, it was pointed out that her narrative of weaving the past and present, plot trends and dual narratives resembled Lucinda Riley’s style, “but I discovered the writer only after I started my novel,” testifies Daniela. 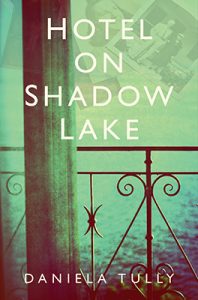 In essence, Hotel On Shadow Lake is a family saga with romance, murder mystery and gothic elements. As a first time novelist, Daniela did not have a targeted audience in mind. However, the strong female characters in her novel were “probably more female-driven than male.” Does that mean she’s a feminist? “I am not a feminist but I believe both films and books have the power to educate people and other women to be as courageous as those that make a change and also help in breaking down barriers and stereotypes. Fiction is a powerful medium to connect the past and the present to address issues at hand.” Though she feels the #metoocampaign as a telling indicator of the gender status quo in the west, her character Martha represents the strong and headstrong women who achieved something and made a change back in 1938 Germany. “Martha is a true underdog, very courageous, standing up to a system that masses believed and followed blindly and I hope that that too gives hope.”

What she finds atrocious in life are wars. “Wars anger me,” says Daniela. “When I was writing Hotel On Shadow Lake, my research on historical periods refreshed my knowledge about the horrors of World War II and the Third Reich. But even today, there are civil wars going on in Syria and Yemen. I believe the power of historical fiction is effective in bringing higher awareness of such issues.” Stressing her point further, she says, “Reading Mornings in Jenin by Susan Abulhawa was an eye-opener for me as I got to know a lot of things about Palestine that the German media chose not to disclose. Reading historical fiction helps us to realize how the media can display selective listening with regards to world events.

Daniela seems to have found the middle ground in today’s age of instant gratification when writers and filmmakers seem to literally shoot up like mushrooms. So how does she define writers and filmmakers? “There are people out there who talk but don’t walk the talk. Anyone can become a filmmaker or a writer but it’s only when one gets published, gets certain degree of visibility and have their works translated then would I consider them successful. There are writers who manage to get all of this done despite a competitive market.”

She has immense admiration for self-published authors but prefers relying on the professional aspect of getting a literary agent for publishing deals as “I do the best I can to gain higher visibility and yet it’s a struggle that I’d more than expected.” She feels the greater visibility that comes through a proper publishing house far outweighs the cost and time that one saves for going without one.

Daniela feels that there are challenges when it comes to making her stand as a writer in this part of the world but strongly acknowledges the fact that someone at the recently concluded Emirates Literature Festival had mentioned: ‘That we are not competing against each other but we are complementing each other.’ “I think that’s the motto we should always follow and bear in mind. It’s not an easy model. Having said so, being competitive is not a bad thing. It makes you ambitious and drives you forward. So, if there was nothing, I would probably not write a book in 5 years. You have to move forward.”