Journey from Past to Present

A shy young girl nine years old was scorned with physical and emotional sadness, due to being bullied by students at school. She felt unequal because of her size and developed low self-esteem.

After years of being picked on by her peers, she felt weak and discontent with her life. She tried hard to ignore the abuse because she wanted to make her mother proud.

Upon her graduation from elementary to middle school, she thought her life would get better, but it continued to spiral downward. She entered into high school with the same disgraced feeling and she stayed away from her peers.

After graduation, she went into early adulthood with the same emotional dysfunction. She thought that after leaving school, her emotional way of thinking would change; that was far from the truth.

She had her first child and immediately started seeing changes, but some were not for the good; her emotional mindset caused many setbacks. She struggled as being a new parent, but with the help of her mother, she was able to pull through.

She was taught to have faith and belief in God, but kept allowing the enemy to keep her mentally and emotionally trapped. She struggled trying to take care of her child but continued to spiral downward.

Eight years later she had another child, she thought both children would cover up the pain within her, but she ended up with the same drastic struggle, just more of it.

When her children got older, she took them to church, but stopped going and only sent them; her self-esteem kept her sheltered. She lived many years with unhappiness and the loss of inner strength; little to no faith, but knew she had to keep going because of her children.

She worked a minimum wage job with no college education, then lost her job and had to go on welfare. The feeling of being lost and out of control really became a reality. She knew her unwise choices kept her beneath what she was worth.

Often times she looked in the mirror, but could not see the beauty that God created; all she saw was a lost soul. She also saw a vision of an ugly fat loser, which caused self-hatred. She continually beat up on herself emotionally, and her health declined.

She continued to struggle with low self-esteem and to numb her pain, she would take her last money and buy junk food; it pacified her with comfort. She was so unhappy, she cried all the time, but behind closed doors. She felt that her life was not being productive so she stayed down with negative thoughts. 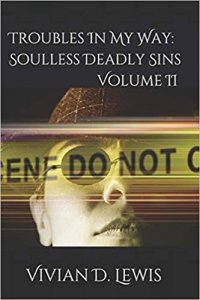 After many years, she finally realized she needed to stop faking her true inner self and make a change.

One day she turned on the television; it was on a Christian station; it appeared that the speaker was talking to her. After watching a while, she felt somewhat better; she watched the entire show. She listened but knew she still had to face the demons that hindered her.

She did not know how to rise above the power of them. She continued watching the program over and over, and after several months, she took her first step toward growth.

She went to church with her children and started renewing her faith, belief and strength. She still had a problem; trials, tribulations and troubles continued to follow her and caused her to backslide.

She lost her first child due to a senseless crime, lost her first house, got into an extremely bad car accident, lost another job, got put out of her apartment and became unstable; her mind was scorned.

She decided she was tired of being in a deep pit, so she finally began taking her Christian walk more seriously. Her mind continued to struggle back and forth in a boggling phase. She decided to change her thoughts, perceptions and so-called friends.

She chose to allow God’s word, to be the authority over her mind, body and soul. She settled back in church with her children and started elevating her wisdom, self-worth and strength.

Through many days and nights of crying and prayer, she defeated the devil that continually tried to attack her. She finally saw the light and followed it.
She enrolled in college and years later graduated with her Bachelor’s degree. She started working in the education system and helping others overcome obstacles that stood in their way.

“YES,” that was me, but now “I’M FREE.” I am no longer trapped within myself; I stand bold and firm when making decisions. Everything said and done is made with divined order. Because of my disobedience unto my Heavenly Father, I learned how to overcome and regain the loss of my prosperity. 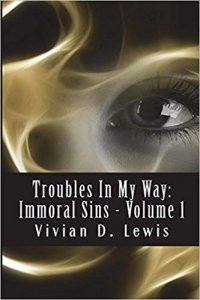 I developed a great interest in individuals that disintegrated from emotional and spiritual disconnection; just as I was. My focus is to provide a unique uplifting, through my inspirational soul style singing; spreading an energized word for enhanced spiritual growth, and an eye-opening written experience.

I wanted to show that there is always a positive on the other side of the negative. Through all my trials, tribulations and troubles, I enhanced my intellect, wisdom, disposition and became a worldwide Creative Image Education Author.

My creativity will add a whole new twist to detrimental catastrophes.

My motto is: “I Can’t Stop/Won’t Stop till I get to the top,” my journey continues.