Until I joined the now-defunct Harper Collins writers’ site, Authonomy, in 2012, I had written longer fiction and only a few short stories. A couple of years later, I began to participate in the flash fiction group there and submitted a story every week on a prompt set by the host. The members of the group welcomed me warmly which was encouraging. I noticed that my stories and writing improved over time. Their word count was 1000 or less. It was amazing to see how a story could be told effectively while striving to adhere to an economy of words. There isn’t much time for character development or elaborate settings. Start the plot in the middle, create something that grabs the reader’s attention, and nail it with a punchline, or the last sentence.

There is also micro fiction, 50-word stories, and six-word stories, the most famous one written by Hemingway, For sale: Baby shoes, never worn. So brief, thought-provoking, and poignant. One could write a novel on that. An author friend of mine, Richard Ankers writes excellent 6-word stories. They grip the reader, sometimes leaving you wordless. Kate Murdoch another talented author friend, weaves the most striking 500-word stories. Author Diana Wallace Peach at Myths of the Mirror is a wonderful wordsmith who transports you to another world in a brief flash. 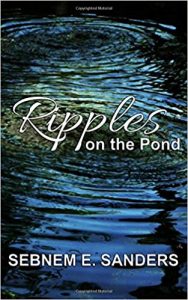 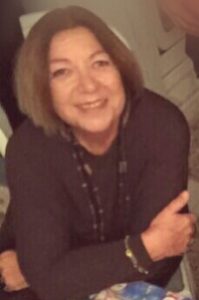 Sebnem E. Sanders is a native of Istanbul, Turkey. Currently, she lives on the eastern shores of the Southern Aegean where she dreams and writes Flash Fiction and Flash Poesy, as well as longer works of fiction. Her flash stories have been published on the Harper Collins Authonomy Blog, The Drabble, Sick Lit Magazine, Twisted Sister Lit Mag, Spelk Fiction, The Bosphorus Review of Books, Three Drops from the Cauldron, The Rye Whiskey Review, and CarpeArte Journal. She has a completed manuscript, The Child of Heaven and two works in progress, The Child of Passion and The Lost Child. Her collection of short and flash fiction stories, Ripples on the Pond, was published in December 2017. Her stories have also been published in two Anthologies: Paws and Claws and One Million Project, Thriller Anthology.